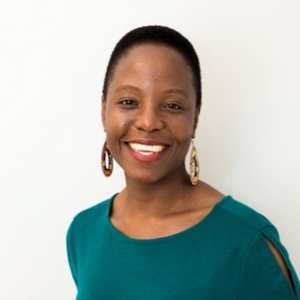 Rumbidzai is the Director of Programs at the Ellen Johnson Sirleaf Presidential Center for Women and Development. She leads the Amujae Initiative, the EJS Center’s flagship program that prepares African women to unapologetically take up roles in the highest echelons of public leadership.  Rumbidzai is one of twelve globally identified civic innovators who were part of the inaugural class of Obama Foundation Scholars (2018 -2019) at Columbia University in New York City.

Prior to that, Rumbidzai was a Program Manager at the Mandela Institute for Development Studies (MINDS), a pan-African think tank that advocates for the adoption of Afrocentric approaches in addressing the continent’s socioeconomic development challenges. Rumbidzai was instrumental in establishing the MINDS Scholarship Program for Leadership Development, setting up the program’s operational processes at inception. She was also in charge of the MINDS Youth Program on Elections and Governance, a civic education initiative that equips African youth for meaningful participation in governance. Under this program, Rumbidzai coordinated an alumni network spread across 53 African countries.

Rumbidzai received a bachelor’s degree of commerce (Economics and Accounting) from Rhodes University in South Africa and a master’s degree of management (Entrepreneurship) from Wits Business School in South Africa. She has extensive experience working as a cross-sectoral management consultant and has previously founded a social enterprise. Rumbidzai is an alum of the Emerging Leaders programs of the Nelson Mandela School of Public Governance (University of Cape Town) and the Policy Center for the New South (Atlantic Dialogues).