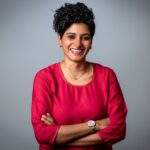 In her career spanning hundreds of campaigns, Preethi Herman has led teams that have worked on incredible campaigns proving that regular citizens can create transformative change using technology. This lies at the heart of Ms. Herman’s core vision: the power of people coming together to create change and leveraging technology in a decentralised structure of civil leadership. It is a vision she hopes to realise as Executive Director of the Change.org Foundation. She is passionate about all citizens having a voice in the issues affecting their communities, but at the same time, she understands that doing so means engaging and supporting millions more people than those who currently have access to these tools.

She was named one among the 50 most influential women in media (in India) by Impact Media in 2016, and in 2017, and selected by the Indian Government as one of the 25 women transforming India as part of the #WomenTransform initiative by Niti Aayog, MyGov.in and the UN.