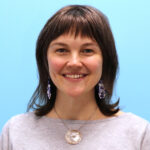 President of the Canadian Association of Midwives, Indigenous Registered Midwife
About

Nathalie Pambrun is President of the Canadian Association of Midwives (CAM), a position she has held since 2018. Previously she served on the CAM Board of Directors for over seven years. She is CAM’s first Indigenous midwife to serve as President of the organization.

Ms. Pambrun is a Franco‑Manitoban Métis midwife who has practiced in urban, rural and remote communities across Canada and internationally. Bridging environmental and reproductive justice movements at the community level, she embraces a human rights approach that effectively respects the coming generations. She is committed to midwifery care that is accessible, equitable, and culturally safe.

She has also been a member of the Core Leadership of the National Aboriginal Council of Midwives (NACM) since its inception and served a two‑year term as the organization’s co‑Chair between 2011‑2012.