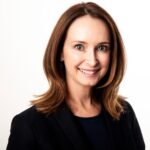 Executive Editor
The Lancet
About

Dr. Jocalyn Clark is Executive Editor of The Lancet, the world’s leading medical journal, based in London UK. Previously Jocalyn was Executive Editor at the public health research organisation icddr,b in Dhaka, Bangladesh, Senior Editor at PLOS Medicine, and Assistant Editor at The BMJ (British Medical Journal). She serves as a scientific advisor to the INDEPTH Network of health surveillance systems and to Global Health 5050, which tracks gender representation in the world’s health organisations, and is an appointed member of the governance council of the CMAJ (Canadian Medical Association Journal).

Since 2006 Jocalyn has been adjunct professor of medicine at the University of Toronto. In 2013 she received an academic residency from the Rockefeller Foundation’s Bellagio Center for her work on the (over)medicalisation of global health. In 2014 she was named among the top 100 women leaders in global health and in 2018 she founded the first-ever Canadian Women in Global Health (#CWIGH) List. In 2019 she was elected a fellow of the Royal College of Physicians of Edinburgh and of the Canadian Academy of Health Sciences. Jocalyn holds a BSc in biochemistry & microbiology, and a MSc and PhD in public health sciences (with gender studies), the latter for which she was a Canadian Institutes of Health Research fellow. She is a passionate advocate for global health, the social and political contexts of health, and gender equity.