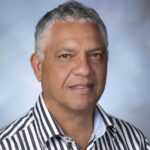 Chair of the Board
International Partnership for Microbicides
About

Dr. Coutinho is the immediate past executive director of Partners in Health in Rwanda, where he partnered with the government to strengthen health services in three districts that together serve one million people. He previously served on IPM’s Board from 2003 to 2010, and chaired the Board from 2008 to 2010.

For more than three decades, Dr. Coutino has led large-scale public health programs in Africa. He spent seven years as executive director of the Infectious Diseases Institute at Makerere University in Uganda, where he oversaw prevention, care and treatment research and services for HIV/AIDS, tuberculosis and malaria. Previously, he led The AIDS Support Organisation (TASO), the largest AIDS care and support organization in sub-Saharan Africa, and has served on public and academic sector teams working to strengthen health services and systems in Swaziland, Rwanda and Nigeria.

Dr. Coutinho was a founding board member of the Global Fund to Fight AIDS, Tuberculosis, and Malaria, the vice chair of the Global Fund’s technical panel for two years, and a former chair of the Board of Directors of the International AIDS Vaccine Initiative. In 2013, he received the Hideyo Noguchi Africa prize along with Dr. Peter Piot for outstanding achievement in medical research and services in Africa.

Dr. Coutinho holds a medical degree and master’s degree in physiology from Makerere University and an MPH from the University of the Witwatersrand in South Africa.