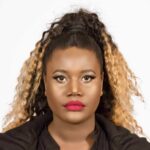 Director of Programs
Jinsiangu
About

Alesandra Ogeta is a transgender activist working in Kenya as the Director of Programs for Jinsiangu, a locally registered Kenyan CBO based in Nairobi. Jinsiangu was formed in 2012, to increase safe spaces and enhance the well-being of Kenyan Intersex, Transgender and Gender Non-Conforming people (ITGNC). It is managed and led by ITGNC individuals.

Her initiatives have resulted in gains for the transgender community including the ability to change particulars in national identity cards and passports. She has also been engaging in highly effective advocacy strategies such as making contributions to a number of government bills as well as employing strategic litigation to compel the State to formulate acceptable policy frameworks for change of particulars in identity documents, passports, birth certificates and academic documents. She has conducted numerous studies that have influenced policy for the advancement of rights for trans persons in Kenya most recently ‘The Who is doing alright study’ which addresses mental health for the LBTI persons in 9 countries in Africa.

She currently implements HIV programming in Kenya for trans persons with the support of Kenya, the Netherlands and US governments. She has been instrumental in leading, guiding and coordinating conversations between the trans community and various government agencies with the intention of inclusion of trans persons in various programmes such as HIV and other health programmes. Her advocacy efforts have included sensitivity training to various stakeholders and duty bearers such as county officials, healthcare providers and religious leaders across numerous counties in Kenya.