Skip to content
What Africa needs to do to defeat HIV 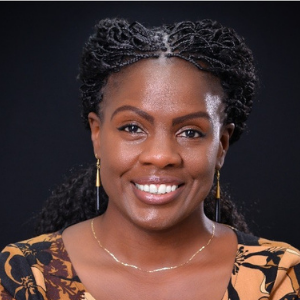 This article was originally published in the Daily Nation.

Last month (May 18) the world commemorated the world AIDS vaccine day, also known as HIV vaccine awareness day, to raise awareness on the continued need for a vaccine to prevent HIV infection.

The day also recognises health professionals and scientists working together to develop a safe and effective vaccine.

What is the significance of this day, especially to African countries?

A lot has happened as far as the fight against HIV is concerned. For instance, through antiretroviral therapy (ART), we have been able to achieve viral suppression, where the HIV virus in the body goes so low to almost zero, meaning that you cannot spread HIV to the next person. So you can imagine if this progress is combined with the vaccine (once developed), which now prevents those without HIV from acquiring the virus. This means we would certainly be working towards the end of Aids. And that is why this day is very important for African countries.

Since 1984, when HIV was identified as the cause of Aids, scientists and health experts have been working to develop highly effective HIV prevention and treatment tools, yet a safe and effective vaccine has remained elusive. Why is this so and should we still be optimistic about realising this dream?

After more than 40 years, a vaccine against HIV remains elusive because of several significant barriers, including the complexity of the virus and shifts in focus to other infectious diseases. There are also gaps in HIV research such as insufficient funding as well as lack of publication support for African researchers. However, there’s greater optimism right now because Covid-19 has taught us what can happen when there’s international collaboration. The pandemic brought together countries and international corporations that mobilised the best brains and money to support various companies to develop a vaccine. But what was even more interesting was that they used the Messenger RNA (mRNA) technology, which had never been used on humans. This has unleashed the life-changing potential of technology. Now, the International AIDS Vaccine Initiative (IAVI) has come together with Moderna to launch the first-in-Africa clinical trial of mRNA HIV vaccine development programme, with the phase I trial being conducted in Rwanda and South Africa. All these are examples of the milestones we’ve achieved in terms of HIV vaccine development.

African countries have kept up with the Abuja Declaration, which was a rallying call to mobilise more resources from government coffers for the health sector.

What are the key steps that need to be taken to aggressively make progress towards ending HIV in Africa?

It is all about resources and commitment to strengthening our health systems. Increasing domestic financing and reducing overreliance on external funding. As a continent, we should also be looking at Universal Health Coverage to increase access to services and eliminate any barriers including user fees required to get treatment. This means ensuring health systems are functioning from the community level to the highest level of care. On the other hand, decentralisation of the health system is significant and we’ve seen it work when it comes to the distribution of ART drugs at community level, which means that services are moving closer to households, thus making them more accessible.

But even so, these services should go to these special populations, where we’re seeing the highest new infections in HIV. These key populations are men who have sex with men, sex workers, as well as the adolescents and young people. If these key populations can access stigma-free services, then we can support them with prevention and treatment for HIV. That would be accelerating progress towards ending HIV in Africa.